"What I cannot create, I do not understand." — R. P. Feynman 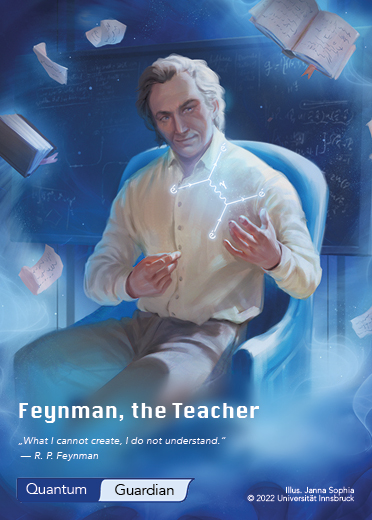 Richard Feynman was an American physicist who significantly contributed to the theory of quantum electrodynamics. He was a curious, tenacious scientist, always looking for the simplest explanation to the problems he encountered. This feature made him not only an excellent researcher but also a great teacher.

He was famous for breaking down complex concepts into simple, intuitive ideas. In particle physics, he devised pictorial diagrams - now known as Feynman diagrams - to reproduce the interactions between electrons and photons. This helped him develop the theory of quantum electrodynamics, which aims at understanding how light and matter interact at the microscopic level.

As a teacher, he inspired the younger generations by making physics accessible to everybody. His lectures are still used by students all over the world, to learn about quantum mechanics, electromagnetism and much more. 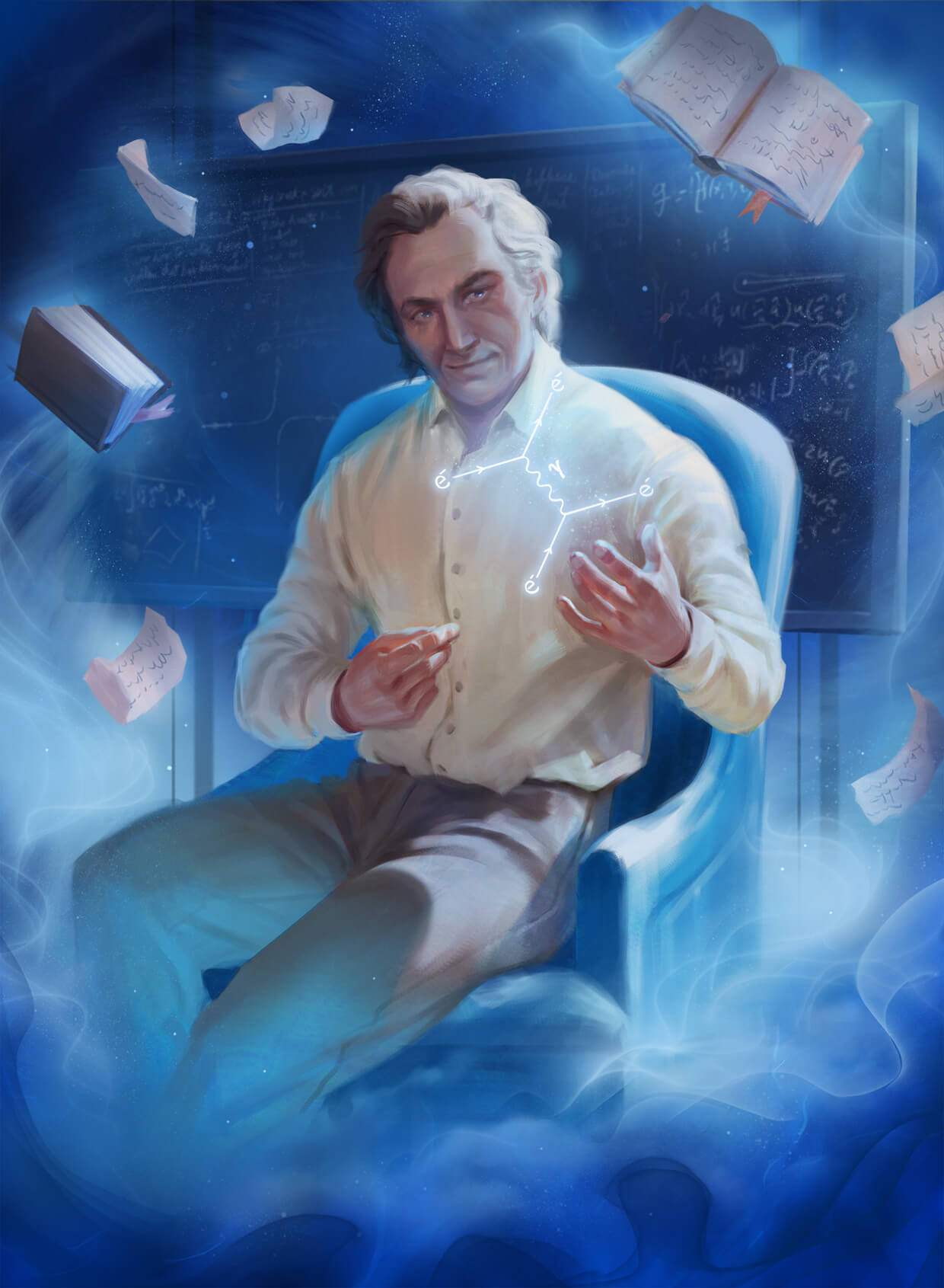 How to explain complex concepts in a simple way.