1
HYPerlink Cost
ability
Put the top card of your stack into your memory.
BasE Power

Only those who seek the deepest interactions will find what binds us all. 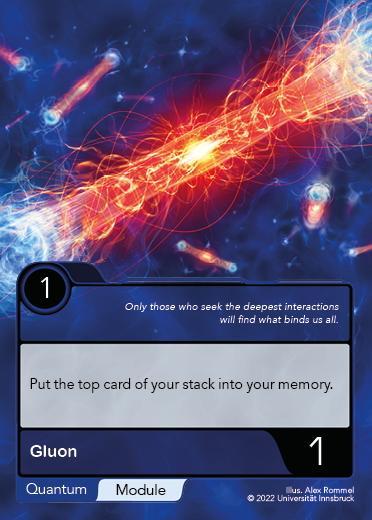 The card enters memory untapped, and can immediately be linked or tapped to produce a resource.

Have you ever wondered what holds matter together? The atomic nucleus hosts protons and neutrons, but they are not its most fundamental constituents. In fact, they consist of elementary particles called quarks, which constantly appear, recombine and disappear. The gluon is yet another elementary particle that plays a key role inside the nucleus: it holds quarks together by mediating the strong interaction. Gluons stabilize the nuclei and form matter as we know it. 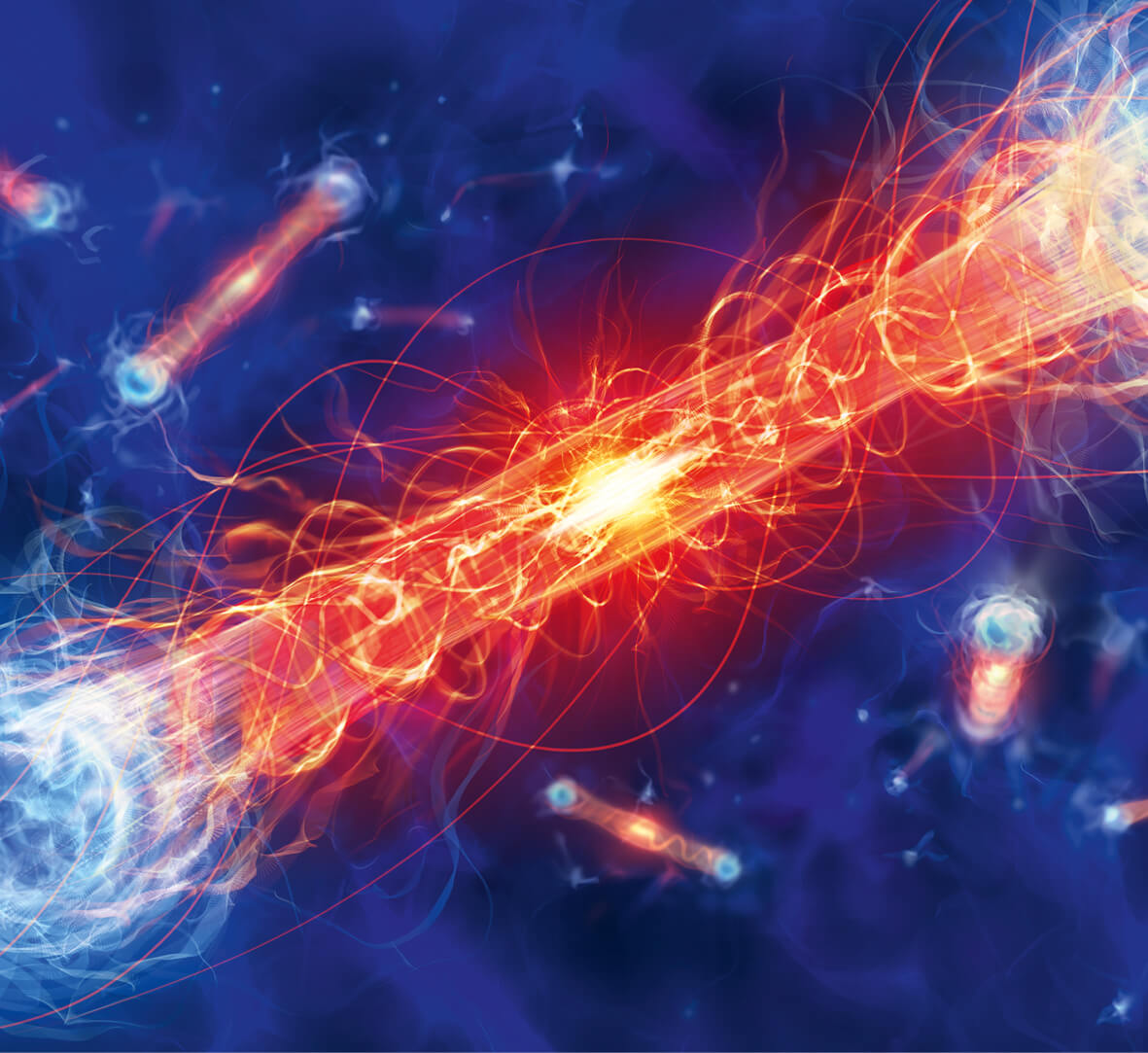 What lies in the heart of matter?

What are protons and neutrons made of?

The map of particle physics

Discover the standard model of particles.