3
HYPerlink Cost
ability
Gravity 2 (Untap and link in this channel at no cost a module you control with link cost 2 or less.)
BasE Power 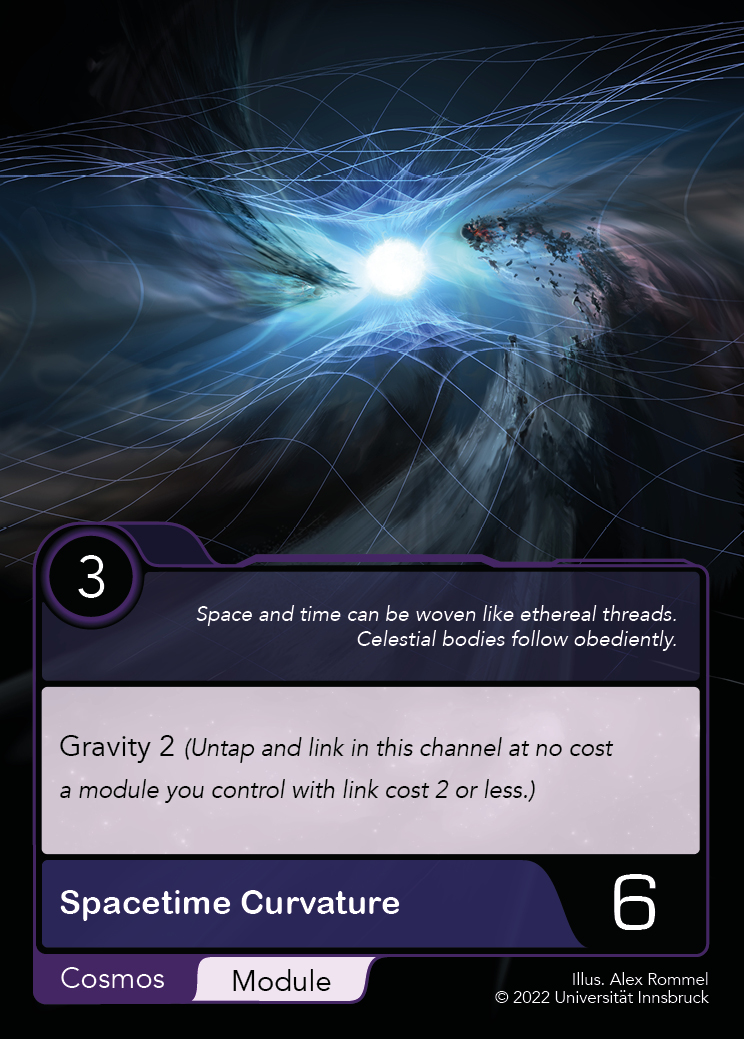 All inhabitants of the universe move and evolve through space and time, a set of four coordinates that transcends our imagination. Space and time are intertwined, forming a cosmic scenario that can be distorted by energy.

Massive celestial bodies deform and warp spacetime, dictating the movement of the celestial objects around them. A star like our Sun curves spacetime, which makes the surrounding planets orbit around it, following curved trajectories, even though there is no force that makes them turn! 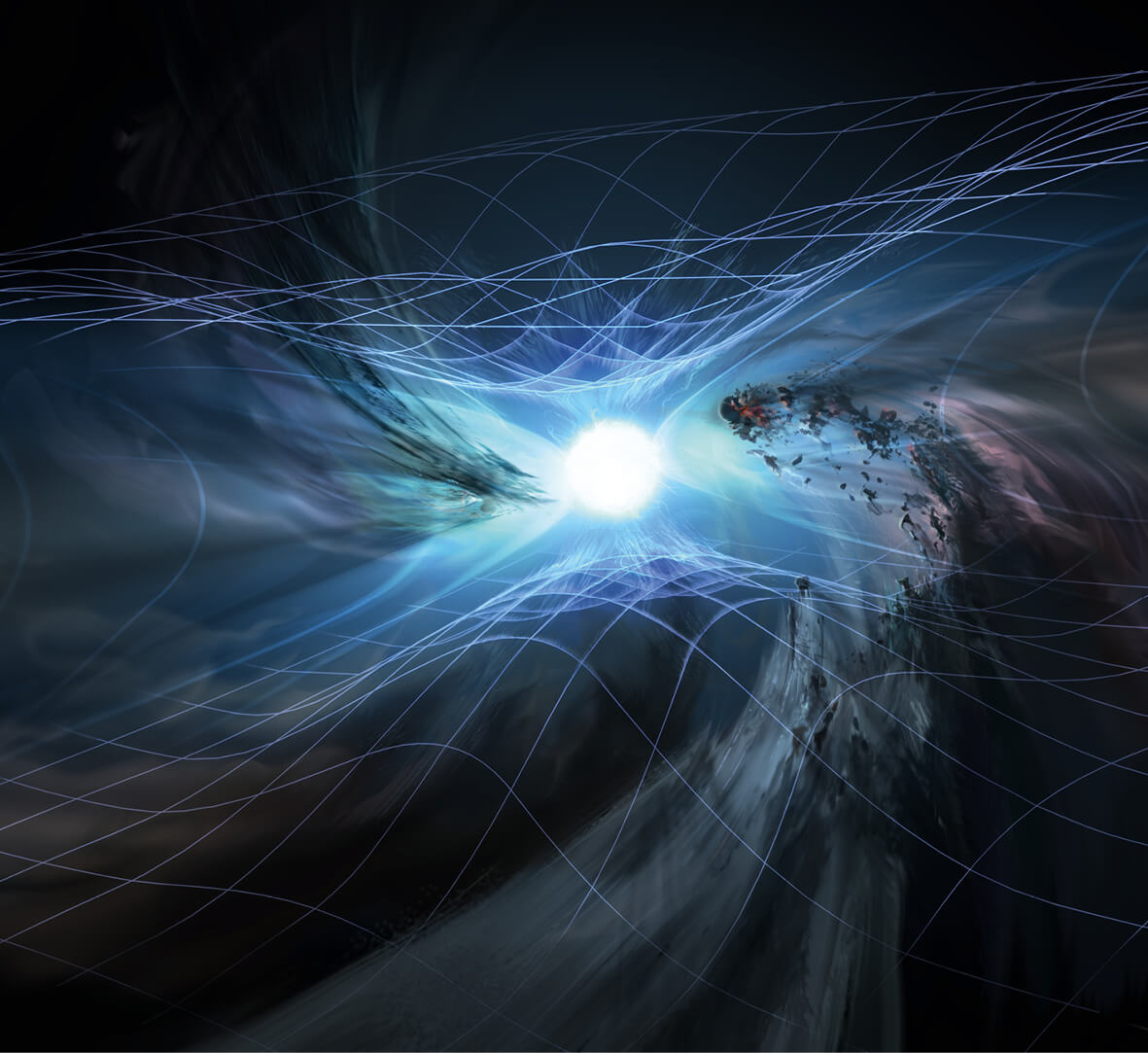 How can we describe the curvature of spacetime?

Look deeper into the meaning of Einstein’s equation.