2
HYPerlink Cost
ability
Destroy all linked modules you don’t control with power 1 or less.
BasE Power

4
Effect
Ability
Your Guardians gain +1 power for each other unlinked module you control.
guardian CaRD
Guardian

Whispers from a primordial universe surround us with their spectral glow. 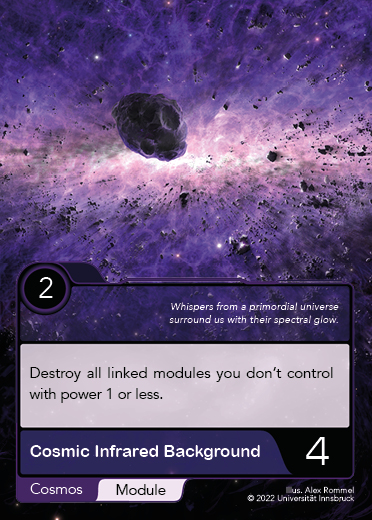 This effect checks the current power of each module, including modifiers.

What did the universe look like in the beginning? How were the first galaxies formed? We are trying to answer these questions by observing the light that cosmic objects emitted billions of years ago.

Light from primordial galaxies has been traveling towards us since the first stars ignited. Along its journey, the entire space expanded, stretching its wavelength to redder shades. A fraction of this light was even absorbed and re-emitted by cosmic dust, which further deepened its red color. When it finally reaches us, the signal is so faint that is no longer visible to the naked eye; it is now an infrared background. Our telescopes can magnify and reveal this ancient light, telling us stories about the early days of our universe. 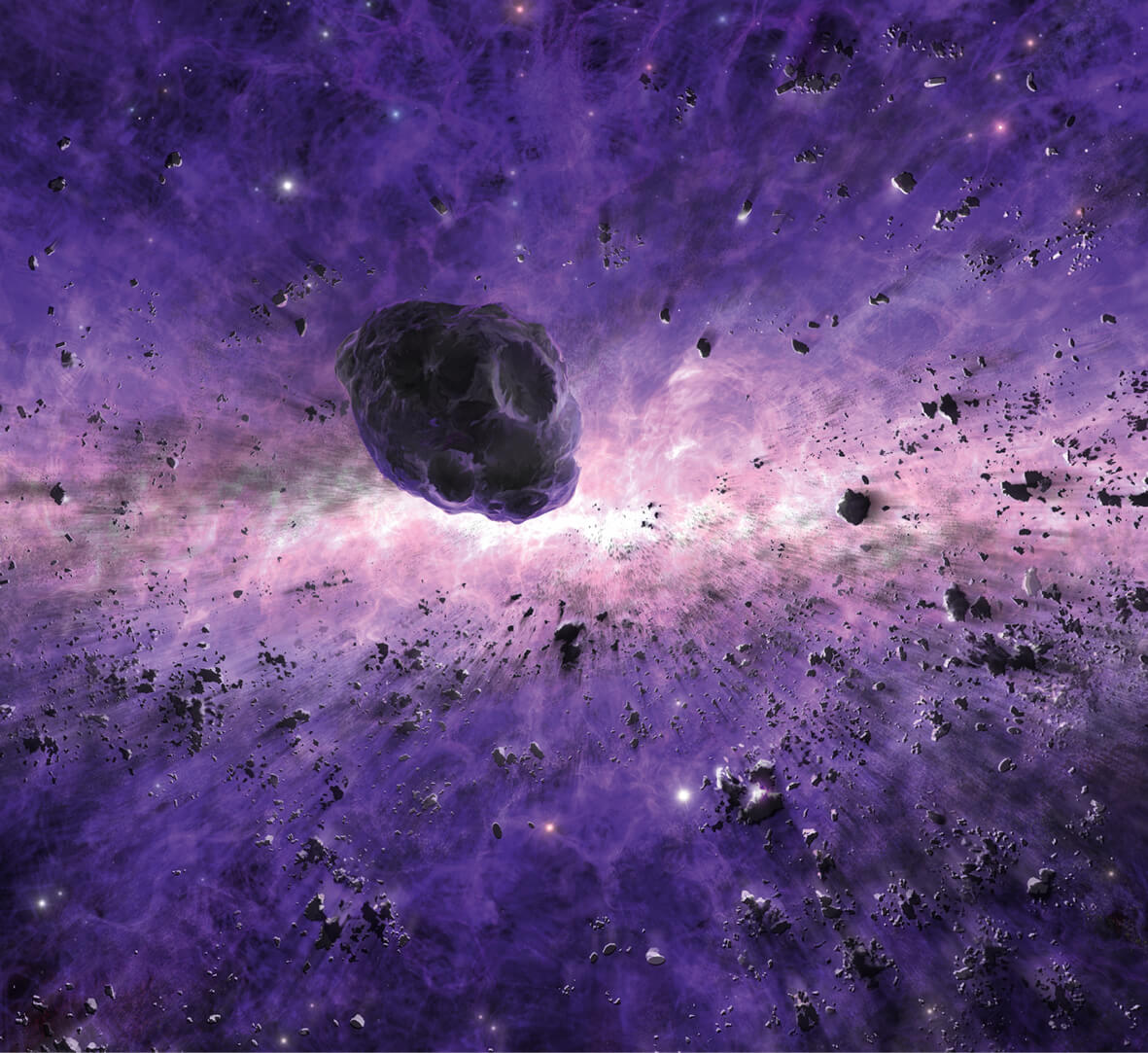 Beyond what we can see with our naked eyes

What we learn from different types of radiation.