"Although I cannot move and I have to speak through a computer, in my mind I am free." — S. W. Hawking 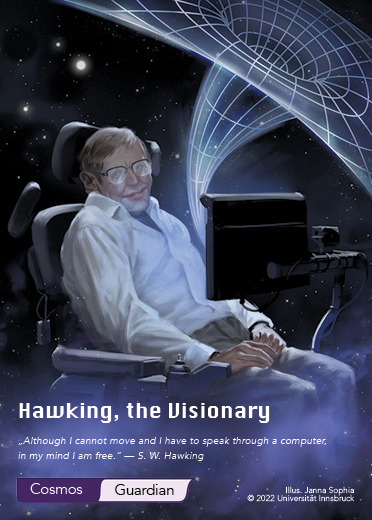 Stephen Hawking was an English cosmologist. He started his studies in Cambridge where, early in his career, he was diagnosed with a degenerative disease that would influence his whole life. But nothing would prevent him from following his passion. He studied the origins of the universe and the mysterious nature of black holes. His goal was to bring together the microscopic quantum domain and the macroscopic world of general relativity in a unique Theory of Everything. In one of his celebrated works, he used both theories to predict the radiation emitted from black holes, now known as Hawking radiation.

Convinced of the importance of science for society, he also wrote many books to explain cosmology in very simple terms. His books have now become bestsellers, sparking people’s interest about the cosmos. 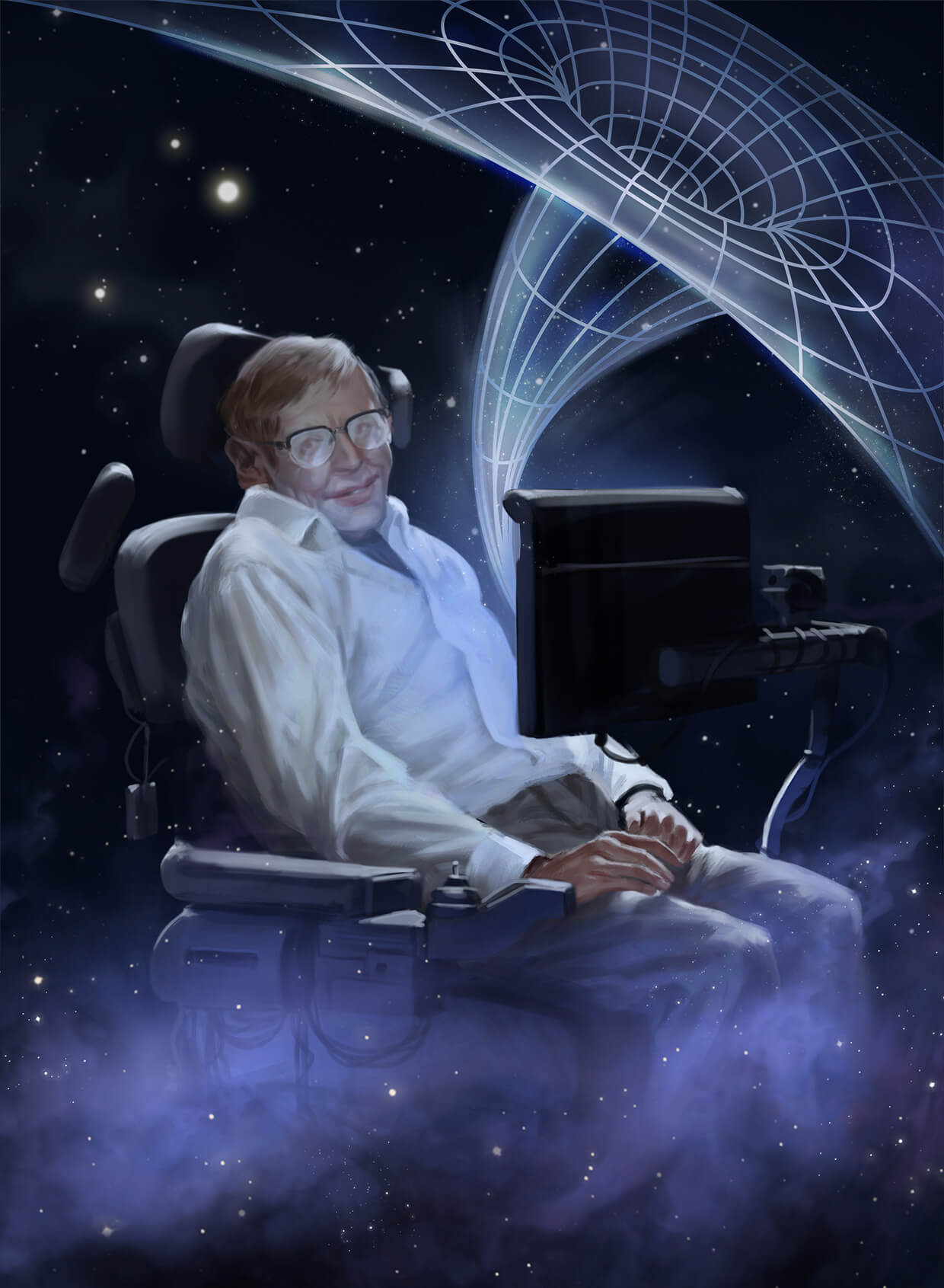 Nothing could stop his curiosity.