"We build too many walls and not enough bridges." — I. Newton 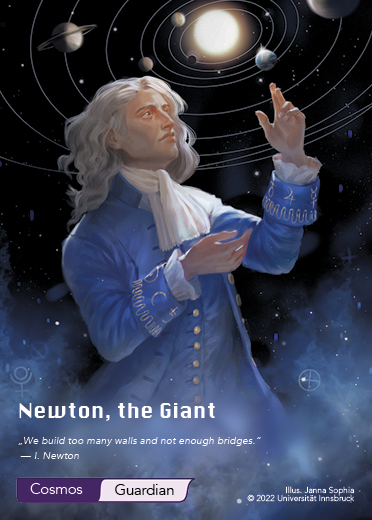 Isaac Newton was born in 1642 on a Christmas day. Even though he was set to be a farmer, his passion for learning led him to study science at the university of Cambridge instead. At that time, they were taught about ancient greek philosophy, but this was not enough for Isaac, who wanted to find testable mechanisms and models of nature.

He realized that the same principles that explain how objects fall could describe how planets move around the Sun. This brilliant idea crystallized into the law of universal gravitation. But this was not easy, because there were not even mathematical tools for him to formulate his ideas. So he first developed them, inventing calculus.

He also stated the three laws of motion that describe the movement of objects and are the basis of classical physics. In optics, he discovered that white light splits into colors when it traverses an optical prism and he was the first to propose that light can be formed out of particles. 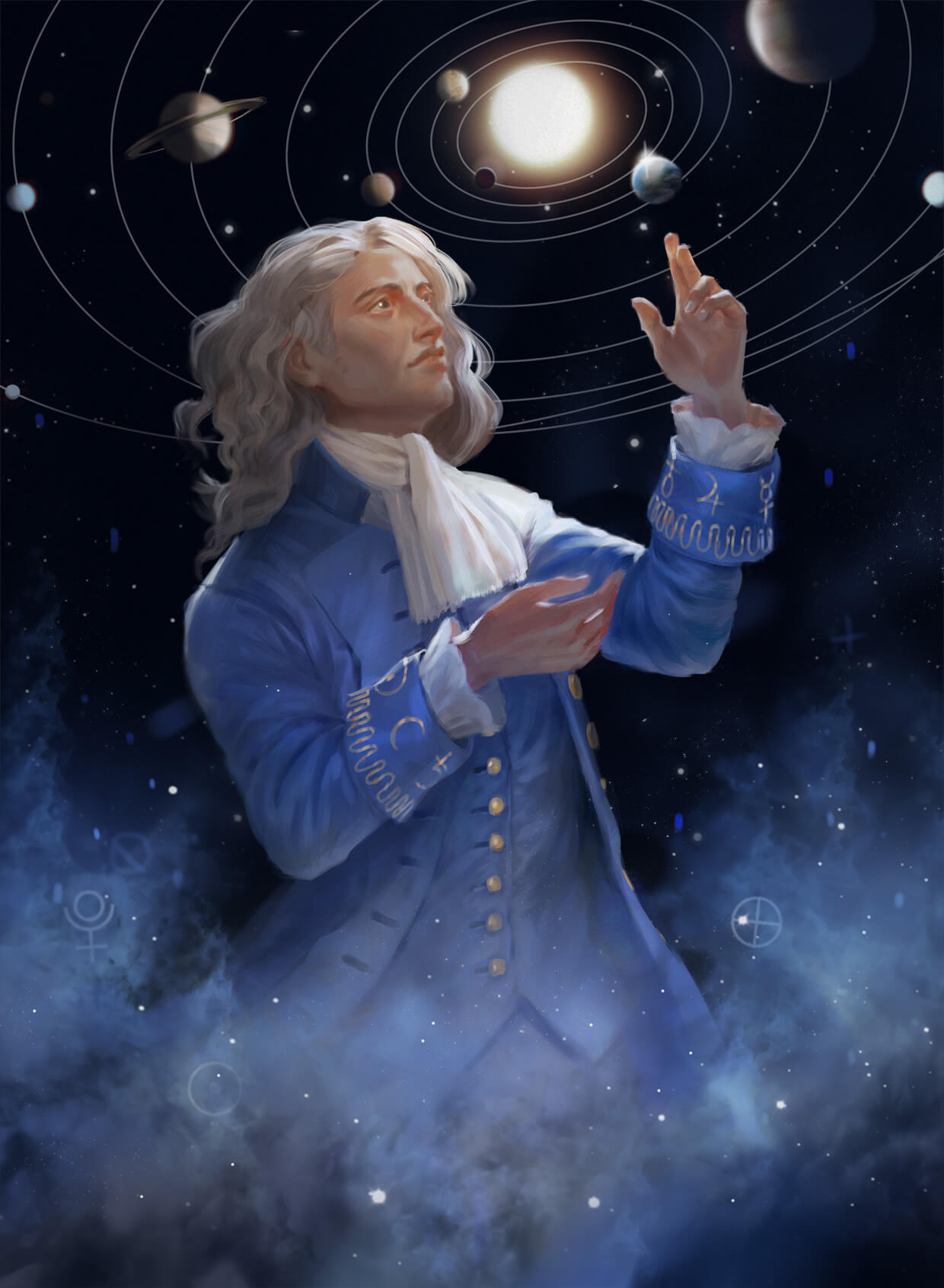 The passion that governed his life: physics