1
HYPerlink Cost
1
ability
Look at the top card of each stack, then put 1 of them into your memory.
BasE Power

1
Effect
Ability
Reveal the top card of each stack. You may put one module among them into your playzone.
guardian CaRD
Guardian
Wu, the First Lady 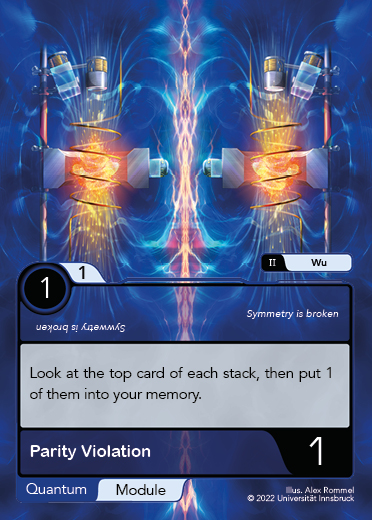 Before Chien-Shiung Wu and her ingenious experiment, people believed that the laws of physics would not change if we mirrored the coordinates of our universe. But the weak interaction breaks this symmetry.

Wu and her colleagues cooled down cobalt atoms and used a magnetic field to align their spins. Cobalt atoms decay into nickel atoms through the weak interaction, emitting an electron and an anti-neutrino. Wu expected to find these electrons homogenously in space; instead, most were found in the direction opposite to the spin of the cobalt atoms. This surprising result proved that we can distinguish our universe from its mirror image. 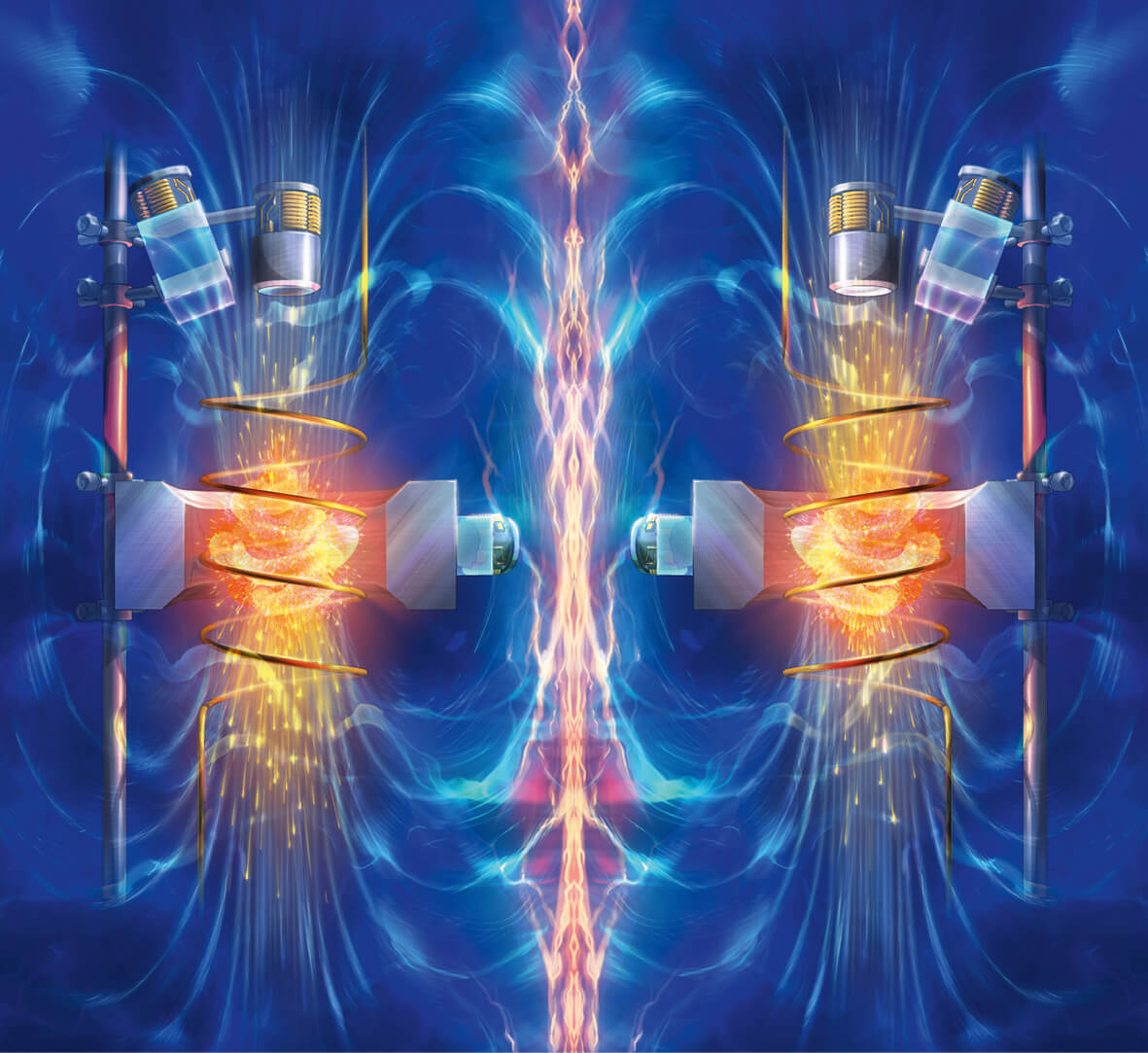 How would you describe “left” and “right” to an alien?

What does radioactivity have to do with it?

Chien-Shiung Wu and the experiment that defied our intuition.